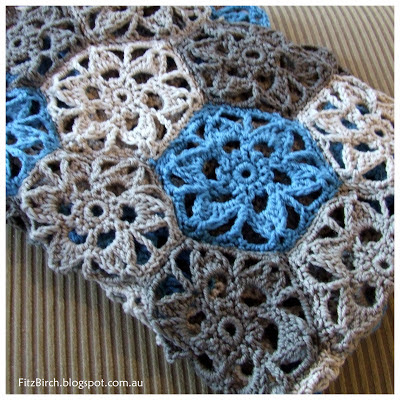 When I first saw this throw from Red Heart, it was aptly named the "Flower Throw", and I couldn't help but take note of the description which  boldly stated that it was a "great project for those stolen moments when you're waiting for your child's activities or an appointment."  Given that I seem to spend most afternoons waiting in the car for one activity or another to come to an end, I thought this would be the perfect project to fit in with my lifestyle. Something I could put together piece by piece on a daily basis which would naturally mean it would be finished in no time... 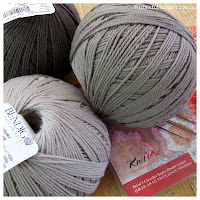 I was lucky enough to receive some lovely wool and Knit Pro Crochet hooks for my birthday and chose Bendigo Woollen Mills "Luxury" yarn in shades of Bark, Stone and Koala, plus "Classic" Tasman Blue for a splash of colour amongst the neutral tones. 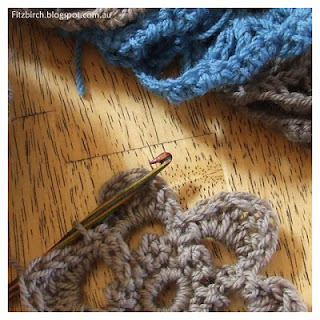 Needing a total of 82 crochet flowers in total, I did the Math and worked out that if I made five flowers a day, the whole throw would be finished in only 16.4 days, plus a day or two for blocking and sewing.  It was going to be brilliantly quick!

I can tell you that I managed about three or four days in the beginning where five flowers per day quickly worked their way off my crochet hook, but from then on it was pretty slow going.  There were times when a whole week (or two, or three) managed to sneak past me where not one flower was made.

In fact it took me closer to 260ish days to finish this throw, a whole lot more than the 16.4 days I had originally calculated.  My daughter finished primary school, Christmas came and went,  we took a holiday and all the while at the back of my mind was the thought "I really need to get on with that throw". 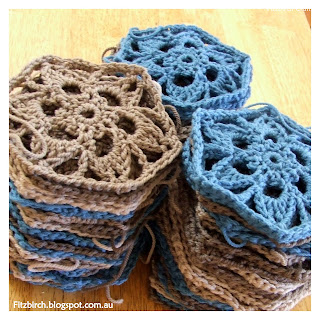 It's not as if it was difficult to crochet or frustrating in any way.  The wool was lovely to work with, I adored the colours and the pattern soon found its own rhythm as I worked away, it was just I couldn't put my mind to it and there were so many other things that needed doing. Finally I decided I just had to push through and over a few weeks worked diligently away at completing the flowers.  It was a grand day indeed when the crocheting and blocking was complete. 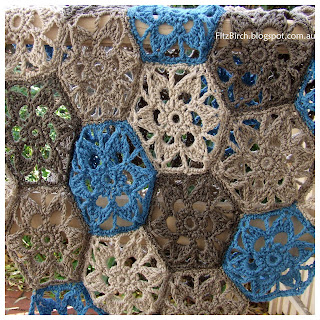 ...and then it took me another whole month to get around to sewing it together!

It was worth the wait though, don't you think?


Thanks so much for visiting.  We'd love to have you join us on Facebook , Pinterest  & Ravelry too.