The Legend of Zelda - Link Hat 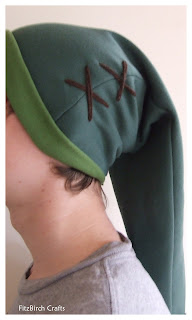 Not long ago I made my 14 year old a "Fabulous Finn Hat" and not content with having only one piece of cosplay headwear in his wardrobe, decided that he would also like a Link hat.  Link is character from the "Legend of Zelda" game series and while there are many, many Link hats available for purchase, actual instructions for making one seem few and far between.

We started with two shades of green fleece fabric, about 1 metre of each, which actually gave us enough to make two hats, with plenty of fabric left over.  In this instance we chose the lighter green for the band and measured around my son's head, then cut a length of fabric to that length, plus 2cm seam allowance with an overall width of 10cm. 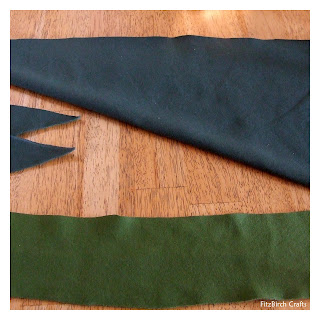 For the main body of the hat we folded our fabric in half and cut a large triangle, using the fold in the fabric as one of the edges.  We used my son's head circumference to work out the length of the shortest side of the triangle, which would be attached to the headband.  The equation was basically half of his head circumference plus 2cm for the seam allowance.  We then measured the length of the hat at right angles and drew a 65cm line using tailors chalk.  We also wanted to add a little detail to the pointy end of the hat so cut out two smaller triangles to sew in place later. 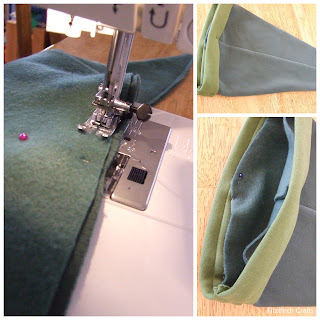 The machine sewing is really quite simple for this project.

Headband:   Fold fabric length in half with right sides facing and sew along length to form tube.  Turn tube inside out.

Main body of hat:  With right sides facing, pin triangle in place and sew along longest seam.  Turn inside out. 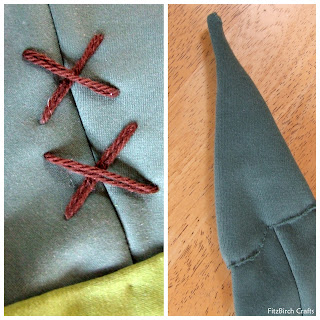 Add details:  We cut off the tip of the hat and hand sewed a small green triangle on the end and used two strands of wool to add detail to the side of the hat. 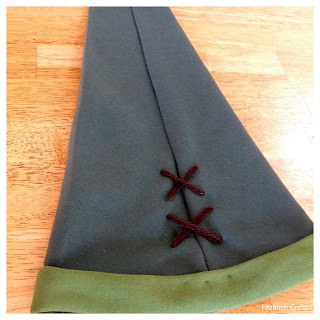 Thanks so much for visiting.  We'd love to have you join us on Facebook too.