If you're living in a house with teens, it's highly likely you've become acquainted with "Adventure Time with Finn and Jake"  The tale of a fourteen year old boy and his best friend Jake, who is actually a magical dog.  It came as no surprise when my own fourteen year old boy hatched  a plan to add a Finn hat to his wardrobe, Halloween isn't that far away after all!  As is usual in our household if you hatch a plan, you're also asked to be involved in its coming to fruition (in other words, you really need to make a contribution to the project or it's unlikely to proceed) and so it was that I was handed a template and white fleece fabric cut to size... 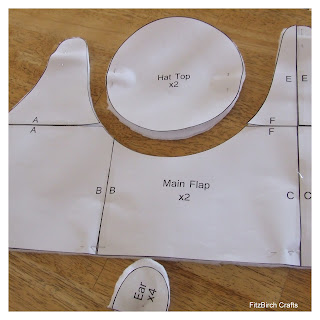 My son had downloaded the template from instructables (you can find it here) and then even messaged the link to me via Facebook.  I was going to Tweet him a response, but I was worried that my making a point about communicating through the spoken word, may come across as a tad old fashioned to a tech savvy youth <sigh>

So out came my sewing machine and a simple case of sewing up the rear seam of the main flap and sewing the hat top into place, quickly became more difficult when I tried it on for size... 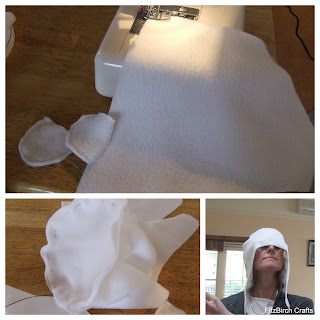 I'm not renowned for having a particularly small skull, so it was pretty obvious some changes needed to be made. 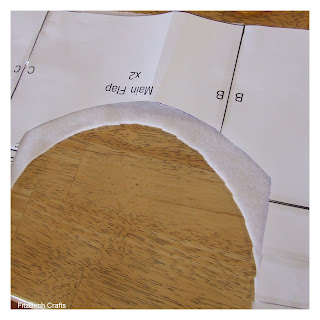 Back to the template to  make a few adjustments.  We shortened the forehead section and also the side flaps 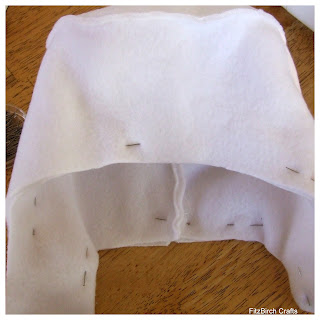 A little unpicking and resewing later (the ears are on the inside handsewn in place) the hat was nearing completion.  Just the edges to sew together and turn inside out and velcro to hold the chin flap in place. 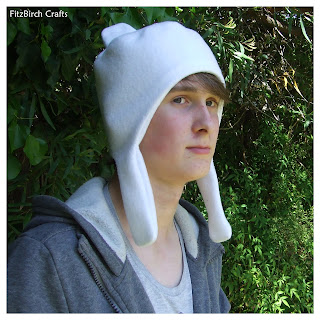 This was a very quick and easy hat to make (even with my basic sewing skills) and all it needs to compete the outfit is a light blue t-shirt, dark blue shorts and a green backpack.

P.S.  We made the backpack too!  You can find the link at "Adventure Time Finn Costume"

Thanks so much for visiting.  We'd love to have you join us on Facebook too.
By FitzBirch at October 02, 2012